‘Dance on Film’ set for Christmas in Little Falls

Three films will be screened at Rock City Centre, 690 E Main St, on December 10th at 5 pm. Two of the dance films were made in Little Falls. “Dust” 2020 was filmed in the Vincent Manufacturing building in Canal Place, “ICU” 2022 was filmed in the Power House, and “Salted” was filmed at Grace Church in Utica, NY. Hannah Straney, the Producer, will give a short talk via Zoom after the presentation of all three films.

Straney stated, “We were looking for specific spaces to elicit a distinct emotion from the viewer. Spaces that really felt either vast and empty or spaces that felt really precious and filled with memories.”

“We found the Vincent Building, which was lent to us by Daniel Preston for the filming of Dust. The building was really simple, classic, clean, and open. I think that space really lent itself to just a blank canvas and what your mind can bring to it.”

She said that the idea for the film was very simple, and they wanted to have a lot of space so people could interpret what they wanted to from the film. “It fits perfectly with what we wanted to do.”

The next project, Act I of ICU, was filmed at Mark Regan’s powerhouse on W Mill Street. “Having the space donated was super helpful to us.  That space is incredibly specific and particular because it is unlike any other space I’ve ever seen before.” 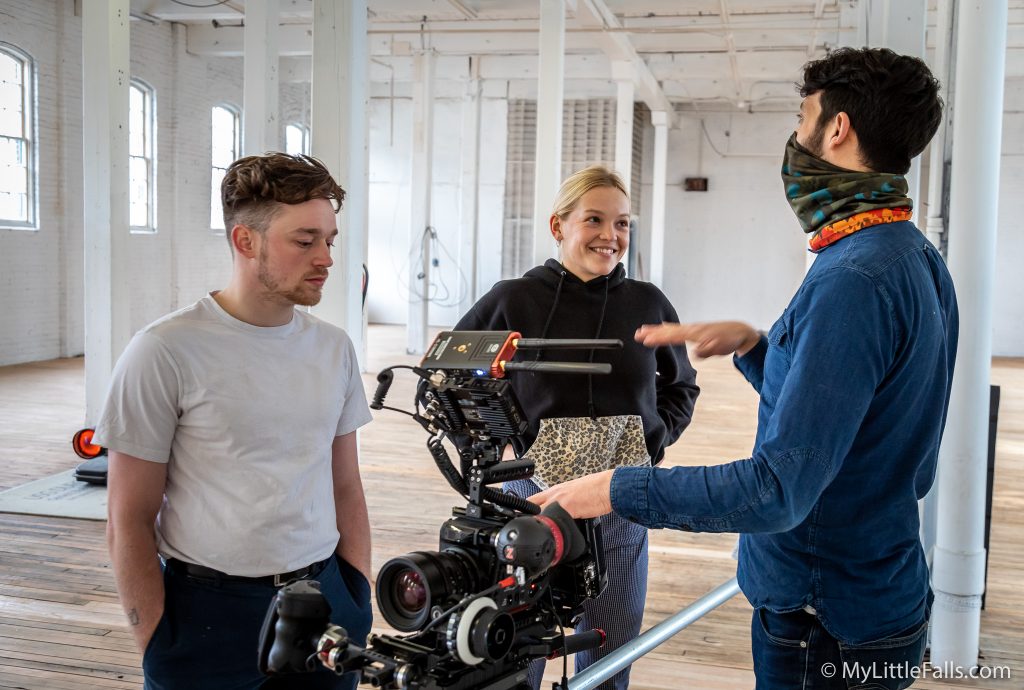 Straney said that when you enter the space, it’s already full of ideas. They had more of an idea of the story they wanted to tell for that project.

“It was the powerhouse, but many, many people have come along and put their own meaning into it.”

She said that the third project ‘Salted’ had to be filmed in a really elegant spot. “Little Falls does have some of these locations, but during Covid and at the time that we wanted to use it, it was difficult to find a way to make that happen.”

So they decided to use Grace Church in Utica. “This is another beautiful, ancient, active cathedral. If you haven’t been inside it, I highly recommend it,” she stated.

Straney said the third location was also gifted to them, making the film possible. “It has a certain sense of elegance and eliteness to it. Like being invited to something very special.”

She said that Salted has a very specific narrative, probably the most narrative of the three. “We really wanted to give the audience a jump start into the story that we’re already telling. I think that the space helped do that.”

Straney said that she wanted to have these screened in Little Falls because “I came to the City and was welcomed, supported, and accepted by the community. So much so that I found a group to help cultivate and curate the ideas I was willing to make.”

“Some of that cultivation included funding from community members who wanted to see the ideas come to life. It’s nice to be able to bring them back to the place where they were made and to have the people that helped make them possible be part of their first viewing,” she said.

Straney said that both Dust and Salted are separate films but that Act I of ICU is part of a five-part series. “I’m trying to make five films depicting the loss of a sense or a strong attachment to a sense. I’ll go through sight, sound, taste, touch, and sound.”

She said that she feels Part I of ICU is brilliant, and she’s proud of it. “We’re also trying to build funding and support for the next four films to be made.”

If you’d like to support the continuation of the project, you can reach out to Straney via email. “We’d appreciate all of the support that we can get.”

The Movie Night event is free and open to the public, but you must register because seating is limited. Please click on the link below or scan the QR code in the poster to reserve a spot. 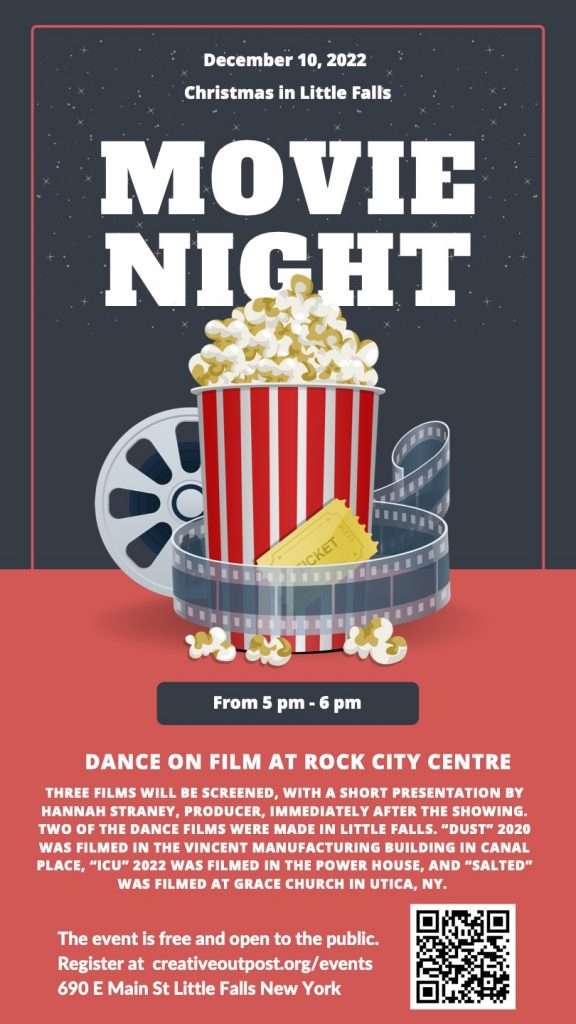