Another workshop & community presentation on tap for November 12th

Matt Powers explains what he’ll discuss in his community presentation and workshop for Creative Outpost.

The Creative Outpost, Inc., has the next of its combined workshop/community presentations planned for Rock City Centre. Matt Powers will be the presenter for both events and will have a “Stories of Little Falls” focus.

If you don’t know Matt, he’s a resident of Little Falls, and he’s a professor at Herkimer College, where he teaches writing, acting, film, literature, and sometimes poetry.

His love for all these things started way back when he was in second grade. “I went to Herkimer Elementary School, and they put on a really simple play. There was this messenger position, and I auditioned and didn’t get the part. The day before the play, the person who got the part got sick, and they said Matt, can you do it – and I said, heck yeah, I can do it!”

He said his line and had a great time, and it inspired him. “From that point forward, I realized the power of theater, the power of story-telling, and different mediums.”

Powers said that when you get people in a room who share the same experience, it can be tremendous.

“When I got into film in college, I started looking at that medium and understanding the impact of the visuals in terms of story-telling,” he stated.

He said that he loved going to movies when he was a kid. “You sit in a dark room, and you have the same dream with everyone in there. It’s an interesting experience.” 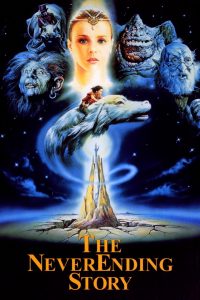 The movie that inspired him most? “I had a VHS copy of the Never Ending Story, and I wore out two of them I watched it so much.”

Powers said that there was everything in that story that you wanted as a kid. Adventure, weird encounters, and other exciting things. “It helped me understand not only things I was struggling with and how to express that, but it gave me visuals to excite my imagination. I still have very vivid memories of that.”

Another movie that Powers reflects on was Terminator. “It was the science fiction and the possibilities and questions and the answers that I got from that film. Who doesn’t love robots?”

When he got into college, he began studying film and the terminology and got an understanding of the vast network of people that are needed to actually create a film.

“It’s not just a director or a producer. There are teams – lighting, makeup, all this stuff. How do so many people get on board one project and make sure they’re all going in the same direction to make this happen? It’s amazing,” he stated.

Powers also started looking at scripts in more detail to understand the story and how it was laid out. “It’s more like an idea. When you’re on the set, everything’s on the fly. Things change, directors make cuts and changes, and all kinds of stuff. So the script is a living entity.”

He said that he found that part of it very attractive.

Powers doesn’t want the workshop to be too restrictive for the students, but he wants them to set whatever story they want to tell briefly in Little Falls.

“Every scene has to be in Little Falls in some capacity. They can choose a genre or a veneer over it as Quiet Place did. I love that shot going up Main Street. We see it’s Main Street, but it’s post-apocalypse. That is awesome.”

He wants to get the students to visualize different situations in different ways. “If Little Falls was part of a fantasy setting, what would that look like? If it were part of a science fiction movie, what would it look like? I’m going to require that they all do that.”

The characters will be up to the students, whether they be residents, aliens, or a toaster, he said. “I’m going to give them the basics of what a story is. We’ll talk about first character. When you think of the term ‘protagonist,’ you break that down into parts. You have pro, which is first, and agon, which is the Greek term for struggle, and then ist, which is the struggler.”

“Every single movie, every single story, that’s what happens,” he stated.

Powers also plans on doing some character creation exercises, with probing questions about character, then going over what a story is, beginning, middle, and end. “People think the climax of a story is the most intense emotional part, but no, it is not.”

He says that his goal is to inspire students so that when they go out and scout locations, they are already primed with character, conflict, and story so that they can imagine different scenes and elements of their stories around Little Falls.”

The second part of the program in the afternoon is learning about the software called Celtex, which is a free scriptwriting app that you can download onto your smart device.

Powers says that by the end of the afternoon, students will have part of a script drafted, a logline, and a one-page description of their film.

For the Community Presentation, Powers wants to summarize what the workshop was in miniature. “I want to talk about storytelling and how characters drive story and what defines a character and how that character defines different elements.”

Powers says that he runs around Little Falls (literally) and has built a slide presentation of locations that he thinks are interesting for scenes. “I’ll go through my slides and say I find these locations dynamic for these reasons. Not only because each location is interesting for photographic or cinematic reasons, but the nature of the location helps give it more depth to that moment you’re experiencing.”

He said that he likes the location under the bridge in Canal Place. “For whatever reason, I’ve always imagined something really wholesome happening there. When I imagine that, there’s a story there.”

Powers wonders what the possibilities for this location are. The stories that aren’t often told. “I’m trying to get people to see Little Falls in terms of possibilities and how we can use that in new creative ways,” he said.

If you would like to attend the free workshop at Rock City Centre, please sign up here. A box lunch will be provided to workshop students at no charge, courtesy of My Little Falls.

If you would like to attend the free community presentation at Rock City Centre, please sign up here. Seating is limited, so please reserve your spot right away.